Ho Chi Minh’s Mausoleum. In his will, the President stated his wish to be cremated, and to have his ash buried on the hills of the North, the Center, and the South of Vietnam. Yet, in honor of his huge dedication for the country and for the love of all Vietnamese for him, the successor Communist Government decided to keep his body so that he can see the whole country’s reunion, and the following generations can come and visit him. Accordingly, on September 2nd, 1973, his mausoleum started to be built in Ba Dinh Square, where he read the Independence Declaration on September 2nd, 1945, and was completed on August 22nd, 1975, with the Soviet Union’s help. 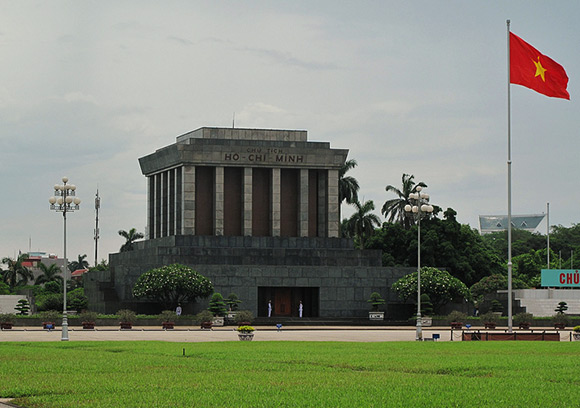 The Mausoleum, which was made of marble and granite, features a three-stored structure. In the second store places the famous President’s body, lying as if he were sleeping in the simple clothes worn when he was alive. Outside, visitors can see his popular quote “Khong co gi quy hon doc lap tu do” (translated as “Nothing is more precious than independence and freedom”) on the top face of the mausoleum. In front of the mausoleum is the 79 cycad trees, symbolizing Uncle Ho’s 79 springs of life. The two bamboo ranges on the two sides whistle in the wind to commemorate the President! 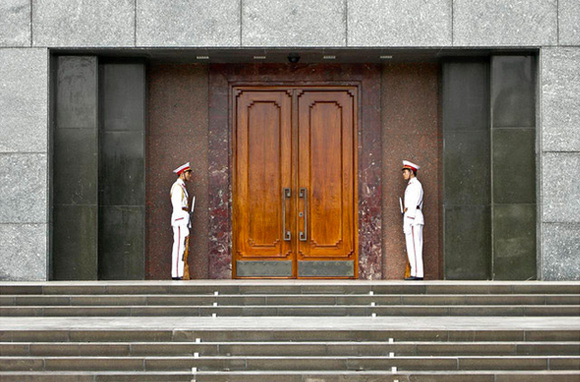 Note: No camera, cell phone, bare-shoulder T-shirts, or mini skirts are allowed inside