On a planet where the environment changes daily for the worse, and natural flora and fauna is destroyed mercilessly, continuously, and irreversibly by humans, Bach Ma is one of these places where biodiversity is preserved and respected.

Bach Ma National Park is situated within the area of Phu Loc and Nam Dong districts, Hue, about 60km to the south of Hue city (and about 680km from Hanoi capital), Da Nang (65 km) and also Hoi An  (90 km). It takes about one hour to drive to the Park from Hue city. It is well-know for the wonderful natural landscape as well as the fresh atmosphere.

The national park was established in 1991 with the total area of 22.031 hectares and was expanded larger in 2008 in order to better protect the ecological system. Bach Ma National Park was recognized as one of the biodiversity centers of Indochina for its ecological diversification.

Bach Ma peak lies at 1.450 meters high and is covered by clouds all year round. From Hue city, drive 40 km south along the 1A Highway to Cau hai town, then turn right and continue to drive for 19 km, you will reach Bach Ma National Park. Upon reaching the highest peak, tourists will have a breathtaking view over the continuous mountain ranges and steep peaks. 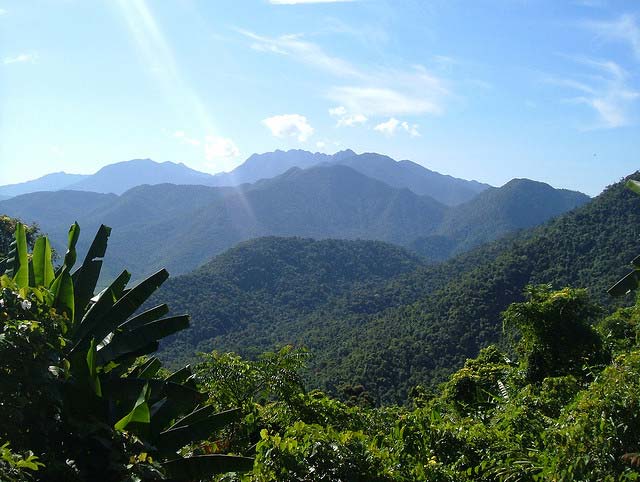 Its climate condition is somehow the same as those in Da Lat, Sapa, and Tam Dao. However, due to its location (which is near the sea), the temperature here is seldom under 4oC in winter and above 26oC in summer. The favorable climate conditions have brought about great potential for Bach Ma to develop tourism as well as preserve natural flora and fauna system.

Bach Ma National Park still preserves its entire diversified flora system and spreading primitive forest. In the forest, there exist many precious types of trees, among which there are trees with diameter of 80-100 cm. The flora system there comprises up to 1.406 species, all of which are being well-preserved. Bach Ma’s fauna system comprises 931 species including 83 species of animals, 333 species of birds, 31 species of reptiles, 39 species of fishes, and many species of butterflies, insects, ants, etc. Nature lovers, especially those who are eager for bird-watching would find Bach Ma a real paradise on the ground. The 358 species of birds in the park account for more than one-third of the bird species of Vietnam, including the fabulous crested argus pheasant and the tenacious Edwards’ pheasant (the symbol of Bach Ma National Park) – unseen and thought to be extinct for 50 years. Numerous bird species like pigeons, bulbuls, malkohas, crow pheasant, herons and egrets but sights of parakeets, kingfishers or jungle fowl are worth adding to tourists’ bird-watching collection. 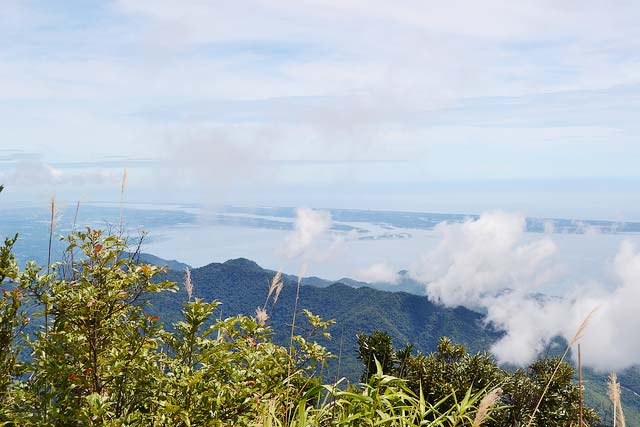 With beautiful natural scenery plus the fresh and cool climate, Bach Ma national park can be regarded as the most precious ecological tourism center in the region. Tourists visiting Bach Ma will have chance to explore the mysterious tourist paths such as the Tri Sao (Star marisca) path, Do quyen path, Ngu Ho (Five-lakes) path, Hai Vong Dai path. Tourists can also observe the collapsed buildings, which were once constructed under the French colonial period, on the peak and surrounding mountain sides. It is the vestiges of the palace and hotel area which was constructed in 1932 by a French engineer, M.Girard, with the purpose of transforming the area into a resort. Two ancient villas was recovered and functioned as the research centers as well as the accommodation for visitors. The national park continues to develop tourism along with protecting the natural environment so as visitors will be pleased when visiting Bach Ma National Park