Nha Nhac meaning “elegant music” refers to a broad range of musical and dance styles performed at the Vietnamese royal court from the fifteenth to the mid-twentieth century. Nha Nhac was generally featured at the opening and closing of ceremonies associated with anniversaries, celebrations, religious holidays, coronations, funerals and official receptions. In Vietnamese traditional music heritage, Nha nhac plays an important role and is the core of the court affairs. Also, it serves the entertainment demand of the King, royal family and the court professional, classical and scholarly music. Nha nhac was considered as the official music of the country, of the authority and performed in the royal life, including the court and royal family. Therefore, it reflects the spirit and the will of the royal dynasty, such as culture, art, law, power, even the ideology, aesthetics and regional trend, etc. 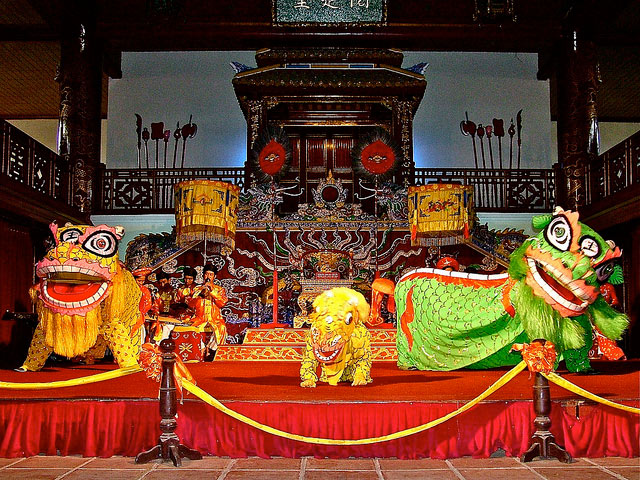 According to UNESCO Council’s evaluation, “Vietnam’s royal court music has the meaning of ‘refined music’. It mentions Vietnam’s court music which is performed at annual festivals, celebrations and special events, such as the enthronement ceremonies, funeral ceremonies or official receiving ceremonies. Among various kinds of music developed in Vietnam, only nha nhac is considered the national music”. For its own values, UNESCO has recognized the Hue royal Court Music as a “Masterpieces of the Oral and Intangible Heritage of Humanity” in 2003.