The tomb was built between 1920 and 1931. It is located on top of the Chau E Mountains, 10km of Hue. Located in a vast expanse of wilderness, Khai Dinh tomb looks like a magnificent palace perched on the slope of a limestone mountain. It is an accessible by climbing 109 stone steps. Unlike the construction materials used for the other tomb, Khai Dinh mausoleum was built with modern materials such as steel and reinforced concrete. The peculiar feature of the tomb is the magnificent porcelain decorations on the walls, columns and ceilings. 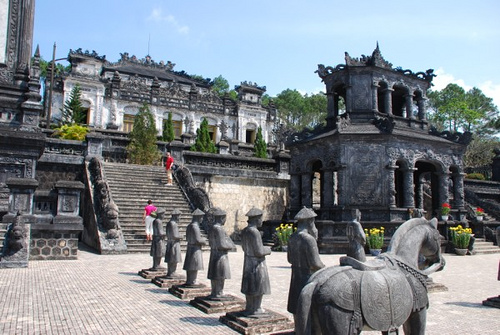