The construction of the tomb of Minh Mang started in 1840 and was completed in 1843. It is located in an enclosed hilly area of 18ha in Cam Khe village, 12 km from the centre of Hue. Minh Mang tomb is a standard architectural complex consisting of 40 big and small constructions which include palaces, temple, pavilions, etc., designed on symmetric axis along the Dai Hong gate outside to the foot of La Thanh behind the Emperor’s tomb.

Visit to Minh Mang tomb, tourist fancy that they are wandering in a world of painting, poetry and philosophy – besides the strictness, majesty and symmetry of the architectural constructions. The tomb of Minh Mang has an air of magnificence and formality, and its architectural design harmoniously blends with its natural surroundings. 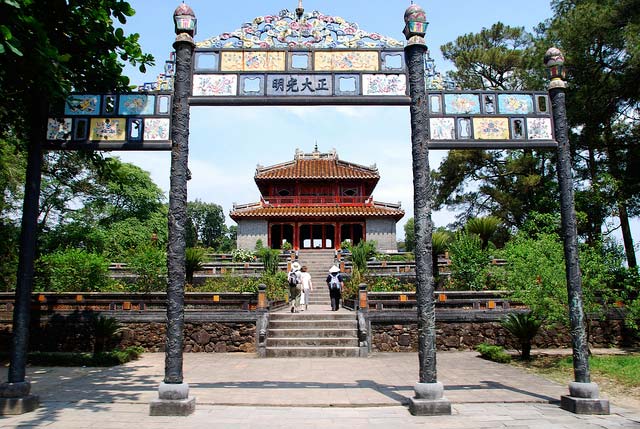