The Tu Duc Royal Tomb in Hue, Vietnam, the approximate location of the tomb is 16.432527′ N, 107.565816′ E (WGS 84 map datum) is one of several Royal Tombs in the outskirts of the former Imperial Capital. Was built between 1864 and 1867, and was designed as a tribute to the fourth Nguyen Emperor’s long and somewhat sad life. The imperial tomb of Tu Duc is considered to be the most beautiful Imperial tomb of every Hue. This tomb set in a beautiful natural and bathed by a Lake, 6 km outside of Hue, was used by the Emperor Tu Duc in life as Summer Palace and spiritual retreat.

It covers an extensive area of 12 hectares with nearly 50 constructions, including lakes, mounts, palaces, pavilions, temples, altars, etc. The complex is also well protected by a thick wall curving around the hillsides. Different from other somber tombs, Tomb of Tu Duc offers a romantic and relaxing ambiance as it also incorporates some buildings for the king’s residency. It has a large lake where the emperor used to boat and relax in a lakeside pavilion to compose poetry. Despite its labor-intensive construction, the tomb is well believed to not house the corpse of Tu Duc but another unknown place around Hue. 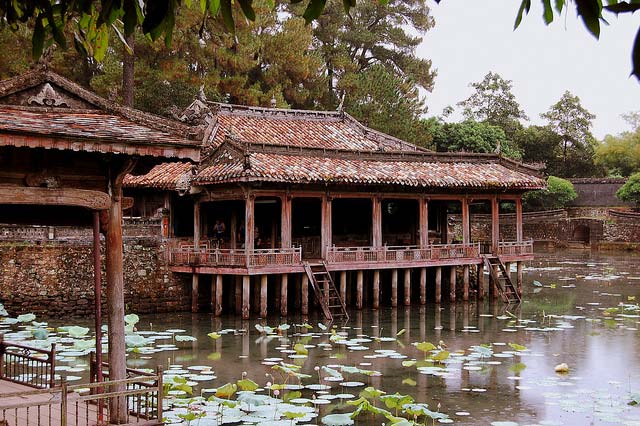 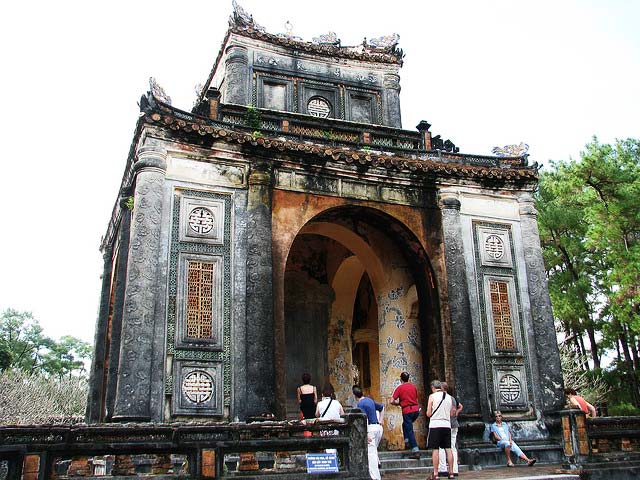 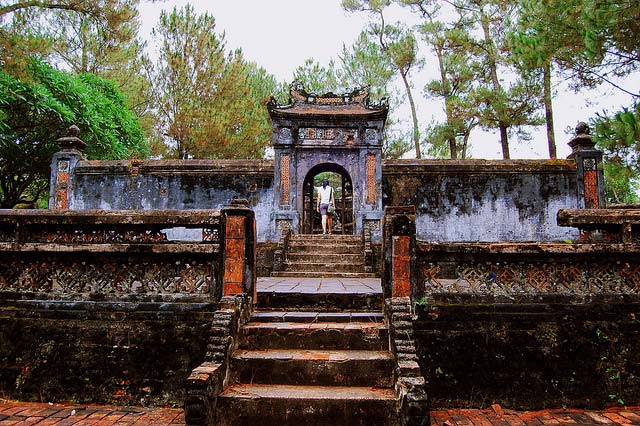