If you are a Catholic, a famous Cathedral for visiting in Ninh Binh is Phat Diem Cathedral, which was built between 1875 and 1899 with four roofs and six sets of iron wooden pillars, and consists of a network of ponds, lakes, churches, and artificial caves. On both sides of the church are four smaller churches of different styles. In the area, the rice paddies are peppered with stone churches. But, unlike these structures, as built by Europeans and resembling typical churches of the era, Phat Diem Cathedral was designed by a Vietnamese priest, known as Father Sau. Father Sau rallied the local population to build the cathedral, five side chapels, three artificial grottoes, an artificial lake and a bell tower. Phat Diem Cathedral seems to have changed very little since Graham Greene described its gigantic pillars formed out of single trees and the scarlet lacquer work of the altar. Indeed, with its multi tiered, curling roofs and its 48 lime-wood columns – (the largest of which weigh seven tones), Phat Diem is a far cry from a European cathedral. Stone relief angels overlook carved dragons and the cathedral’s two-tone bell is accompanied by a giant brass gong. 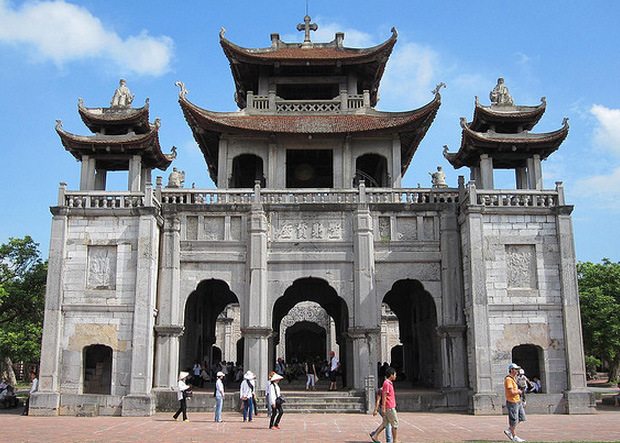 Whoever spending a few minutes inside the Cathedral, particularly the Stone Church, can easily feel the specially cool atmosphere and a classical religious space! 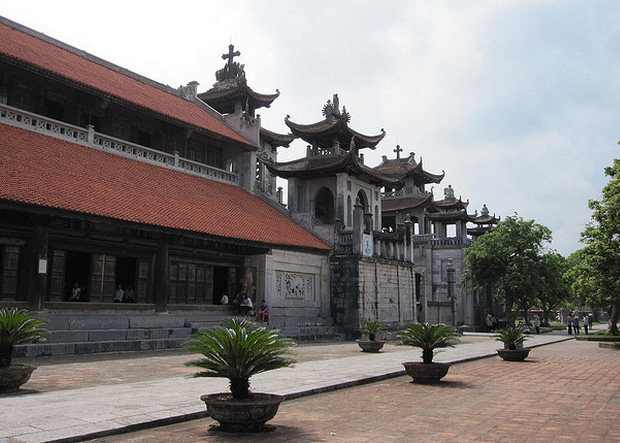