The Asian Book of Records has acknowledged Hanoi’s Thang Long Water Puppetry Theatre as the only Asian theatre performing water puppet shows every day of the year.

The theatre has accomplished remarkable achievements since its establishment in 1969. 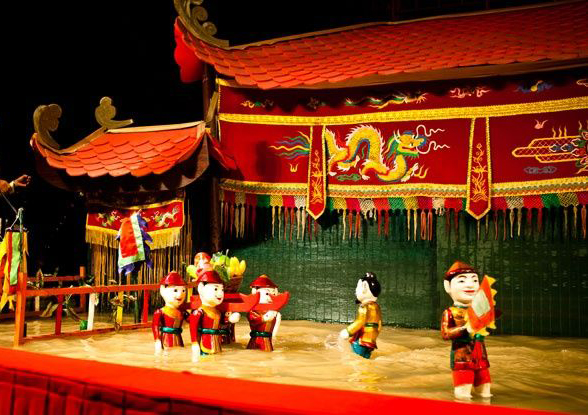 After receiving investment in 1990, the theatre and its puppets were fully restored, allowing monthly and then weekly and daily performances for domestic and visiting foreign audiences.

The traditional art form proved more popular than anyone could expect, with revenue and the frequency of performances increasing annually.

Almost all of Hanoi’s guided tours now include enjoying a show at the Thang Long Water Puppetry Theatre. To make its more than 2,000 performances a year possible, it stays open all 365 days.

The theatre is responsible for introducing the traditional art form to more than 50 countries.

The Asian Book of Records’ recognition of Thang Long Water Puppetry Theatre was one of its three awards acknowledging Vietnamese representatives.