A wide range of activities will be organised to mark the 110th anniversary of the popular resort town of Sa Pa in the northern mountainous province of Lao Cai on November 1-2.

Highlights of the event will be a grand ceremony followed by a fireworks display at the town’s stadium on the evening of November 2. On the occasion, the locality will receive the Decision of the Ministry of Culture, Sports and Tourism recognising the Sa Pa terraced field as a national landscape site. 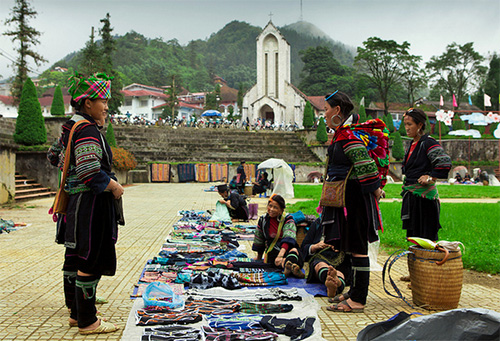 A folk cultural festival, which spotlights traditional cultural activities of ethnic minority people in the locality, will take place the same day at Xuan Vien part.

An exhibition themed “Sa Pa – Journey to reach the national tourism urban” will open on November 1, while domestic and foreign experts will gather at an international conference to discuss the conservation of cultural heritage of ethnic minorities in association with the development of sustainable tourism products in the context of globalisation.

Several other activities such as a tour to d iscovery Fansipan, the highest mountain in Vietnam and Southeast Asia, and a street festival will be also organised in the framework of the event.

According to Chairman of the Sa Pa district People’s Committee Le Duc Luan, preparations for the event have been completed.